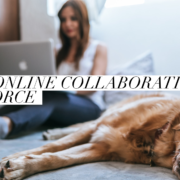 Here in Florida, the court systems have largely reopened, and even though we are facing a surge in the Delta variant of the Coronavirus, things in many ways feel like we have gotten back to normal.  And yet, many people are still not comfortable having their most private details revealed in public divorce court battles or even meeting in person to resolve disputes outside of court.  So is Online Collaborative Divorce still an option?

Fortunately, the answer is yes, you can still resolve divorce and other family law matters amicably and without leaving your home.

END_OF_DOCUMENT_TOKEN_TO_BE_REPLACED

What would it feel like to help clients divorce peacefully, privately, and with dignity?  Wouldn’t it be great to consistently work with professionals whom you know, trust, like, and respect?  Learn how to offer Collaborative services and get involved in your Collaborative Law community in this highly engaging Virtual Introductory Interdisciplinary Collaborative Family Law training.

This course is intended for lawyers, mental health professionals, financial professionals, mediators, and others who believe there is a better way to help clients through difficult times.  The course will mainly focus on the One Coach/Neutral Facilitator Model of Collaborative Practice.  This training is not jurisdiction specific, and professionals from all locales are welcome to attend.

END_OF_DOCUMENT_TOKEN_TO_BE_REPLACED

Traditionally, divorce has been an adversarial process, with lawyers making arguments in front of a judge about what his or her client should get.  And yet, you are probably not looking to get in a prolonged battle with your spouse; rather, you are likely looking to move on with your life and ensure your kids do not get caught in the middle.  This is why I specialize in Collaborative Divorce, which unbundles divorce negotiations from the adversarial court process.  In effect, I am a resolution specialist.

END_OF_DOCUMENT_TOKEN_TO_BE_REPLACED 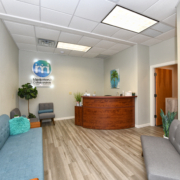 Family Diplomacy: A Collaborative Law Firm is proud to announce that we have opened an office in Sarasota, Florida, to better cater to families in Sarasota and Manatee Counties. We  practice exclusively in out-of-court dispute resolution because we recognize most families facing divorce and other family law matters want to move on with their lives as amicably as possible rather than engage in draining court battles.

And now you can meet us at our Sarasota office, located at 3277 Fruitville Road, Suite F2, Sarasota, Florida 34237.  We are also available to meet at our offices in Tampa and St. Petersburg, and we will continue to provide virtual services to help families throughout the State of Florida.

We focus on Collaborative Divorce, where you and your spouse work with specially-trained lawyers to reach agreements in a private and amicable setting.  Because divorce can be a traumatic time in your life, we work with Facilitators, trained mental health professionals, to aid in communication and creating a parenting plan tailored for your children’s developmental needs.  And we also work with Neutral Financial Professionals, to ensure that both spouses understand your family’s finances and develop options that meet your future financial goals.

Attorney Adam B. Cordover is a leader in Collaborative Divorce, having been president of the Next Generation Divorce practice group when it expanded into Sarasota and Manatee Counties.  He is 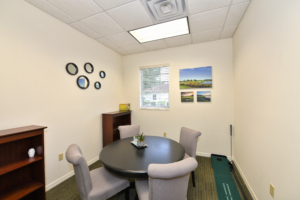 This week, a Bradenton adult adoption was featured on the Ellen DeGeneres Show.  Monyay, 19, appeared with her new adoptive mom, Leah Paskalides.  You can see a video clip below.

Teen who aged out of foster care, was adopted by Bradenton caseworker, gets big surprise on ‘The Ellen DeGeneres Show’

END_OF_DOCUMENT_TOKEN_TO_BE_REPLACED

Have you heard of Collaborative Divorce?  If you are considering dissolving your marriage, it is an option to take control of your future and keep your private life outside of the public courtroom.

But how does Collaborative Divorce work?

END_OF_DOCUMENT_TOKEN_TO_BE_REPLACED

If you are gender non-conforming and living in Florida, you may not know where to turn to change your legal name.  At Family Diplomacy, we pride ourselves in offering a welcoming environment.  From the moment you contact us, we will listen to and address your concerns, determine your eligibility for a name change, and stand by your side throughout the legal process.

We are here for you.

For those reading this post who may not be familiar with this term, the Human Rights Campaign defines gender non-conforming as “[a] broad term referring to people who do not behave in a way that conforms to the traditional expectations of their gender, or whose gender expression does not fit neatly into a category. While many also identify as transgender, not all gender non-conforming people do.”

PFLAG, which describes itself as “the first and largest organization for lesbian, gay, bisexual, transgender, and queer (LGBTQ+) people, their parents and families, and allies,” defines gender non-conforming as follows:

A term for those who do not follow gender stereotypes. Often an umbrella for nonbinary genders (see TGNC). Though fairly uncommon, some people view the term as derrogatory, so they may use other terms including gender expansive, differently gendered, gender creative, gender variant, genderqueer, nonbinary, agender, genderfluid, gender neutral, bigender, androgynous, or gender diverse. PFLAG National uses the term gender expansive. It is important to respect and use the terms people use for themselves, regardless of any prior associations or ideas about those terms.

For purposes of this article, we use the term gender non-conforming.  However, if you prefer another term, please let us know when you contact us and we will respect your preference.

Regardless of where you were born, if you live in the Sunshine State, Florida courts have jurisdiction to change your legal name.  You may petition for a name change if you are an adult, and a parent may petition on your behalf if you are a child.  Once your petition for change of name is filed, the request will often be granted unless a Court finds that (i) you have improper or illegal motives in seeking the name change, (ii) your civil rights are suspended (for example, by being convicted of a felony), or (iii) granting you a name change will invade the property rights (e.g., intellectual property rights) of others.

END_OF_DOCUMENT_TOKEN_TO_BE_REPLACED

Bitcoin has sure been in the news a lot lately.  The cryptocurrency, though volatile, has traded at over $50,000 in recent weeks.  Billionaires have publicized opposing views about Bitcoin, with Bill Gates warning investors to stay away while Elon Musk has sung its praise.  Regardless, more people seem to be getting on the Bitcoin bandwagon, and thus it is popping up more and more in divorce matters.

In fact, you may be wondering: Is Bitcoin a marital asset for purposes of divorce?

END_OF_DOCUMENT_TOKEN_TO_BE_REPLACED

You have worked hard for your reputation.  The last thing that you need is for your personal details to become fodder for colleagues, competitors, or the public.  But is there a more private way to go through divorce and protect your reputation?

There is.  And it is called Collaborative Divorce.

END_OF_DOCUMENT_TOKEN_TO_BE_REPLACED 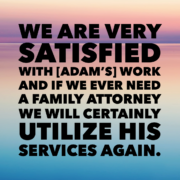 We at Family Diplomacy: A Collaborative Law Firm are dedicated to helping our clients get through tough times and traverse an oftentimes murky legal process.  Whether we are working with families going through Collaborative Divorce, Mediation, Adoption, Legal Name Change, or other family law matters, we put our clients’ interests first.

And we are especially grateful when our clients and former clients take the time to provide us with feedback and let others know about their experiences.

Below are recent reviews of our services left by former clients on Avvo.com.  The headings are written by the former clients (though we have used clients’ initials rather than writing their full names).

Adam’s approach is thoughtful and very professional. His help was invaluable in getting through the process.