Given the current state of the laws in Florida, members of the LGBT community often wonder where to turn for advice and help on handling family law issues. Family Diplomacy prides itself on offering an open, friendly, and supportive environment for lesbian, gay, bisexual, and transgender individuals. We will strive to find a solution that is tailored to you and your family’s needs.

In the Collaborative Process, attorneys are retained solely to settle disputes privately and are contractually barred from bringing contested issues to be decided by a judge. A facilitator, who is normally a trained mental health professional, is engaged to keep everyone focused on the best interests of the family and the children, if any, and to keep communication respectful and productive. A financial professional is involved to help untangle the combined assets and debts of the parties (under Florida and Federal law, this can be an especially technical undertaking for same sex relationships) and provide options for support.

If you are gender non-conforming and living in Florida, you may not know where to turn to change your legal name.  At Family Diplomacy, we pride ourselves in offering a welcoming environment.  From the moment you contact us, we will listen to and address your concerns, determine your eligibility for a name change, and stand by your side throughout the legal process.

We are here for you.

For those reading this post who may not be familiar with this term, the Human Rights Campaign defines gender non-conforming as “[a] broad term referring to people who do not behave in a way that conforms to the traditional expectations of their gender, or whose gender expression does not fit neatly into a category. While many also identify as transgender, not all gender non-conforming people do.”

PFLAG, which describes itself as “the first and largest organization for lesbian, gay, bisexual, transgender, and queer (LGBTQ+) people, their parents and families, and allies,” defines gender non-conforming as follows:

A term for those who do not follow gender stereotypes. Often an umbrella for nonbinary genders (see TGNC). Though fairly uncommon, some people view the term as derrogatory, so they may use other terms including gender expansive, differently gendered, gender creative, gender variant, genderqueer, nonbinary, agender, genderfluid, gender neutral, bigender, androgynous, or gender diverse. PFLAG National uses the term gender expansive. It is important to respect and use the terms people use for themselves, regardless of any prior associations or ideas about those terms.

For purposes of this article, we use the term gender non-conforming.  However, if you prefer another term, please let us know when you contact us and we will respect your preference.

Regardless of where you were born, if you live in the Sunshine State, Florida courts have jurisdiction to change your legal name.  You may petition for a name change if you are an adult, and a parent may petition on your behalf if you are a child.  Once your petition for change of name is filed, the request will often be granted unless a Court finds that (i) you have improper or illegal motives in seeking the name change, (ii) your civil rights are suspended (for example, by being convicted of a felony), or (iii) granting you a name change will invade the property rights (e.g., intellectual property rights) of others.

END_OF_DOCUMENT_TOKEN_TO_BE_REPLACED

Being a supportive parent can oftentimes be challenging, but you and your transgender child may have come to the conclusion that it is time for a legal name change.  Is it possible to change a transgender child’s name to match his or her identity?

So long as both legal parents are in agreement, in most circumstances you can change your minor child’s legal name.

Petition for Change of Legal Name

In Florida, legal name changes are accomplished through the court system.  Accordingly, you will need to petition a court in the county in which you live for your child’s name change.  The petition must include information such as:

END_OF_DOCUMENT_TOKEN_TO_BE_REPLACED

If your child is born while you and your spouse are married, you both will always be considered the parents of the child, right?  Well, not necessarily.  LGBTQ families should be aware of their family law rights.  And according to Simmonds v. Perkins, 247 So. 3d 397 (Fla. 2018), those family law rights may be at risk.

Wife files a motion to dismiss the action because the child was born during an intact marriage between her and Husband.  Traditionally, that meant that there was a strong legal presumption that Husband was the legal father of the child, and it was very difficult for any third party to challenge this status.  Husband would later join as a party and also requested that his rights be respected and the case be dismissed.

END_OF_DOCUMENT_TOKEN_TO_BE_REPLACED

The new year can be a time for turning over a new leaf, and it may be a time when you are considering adopting a new legal name.  Whether you are looking to share a last name with a partner, honor a loved one, adjust your name to reflect your gender identity, reconnect with recently discovered family, correct errors on your birth certificate, or just plain refresh your identity, we are a collaborative family law firm that can help you petition for a new legal name.

You may not realize that the process of petitioning for a new legal name is a court process.  In fact, section 68.07 of the Florida Statutes lays out the legal requirement to change your name and what must be filed with the court.  Under the name change law, you must swear under oath whether, among other things, the following apply to you:

END_OF_DOCUMENT_TOKEN_TO_BE_REPLACED

The question of which attorney to choose is a very personal one.  You want someone who will offer a warm, welcoming environment and who understands the unique legal and societal challenges that transgender family law matters often entail.  You want someone who has been on the forefront of LGBTQ family law rights and will be there for you.  We would be honored to represent you.

END_OF_DOCUMENT_TOKEN_TO_BE_REPLACED 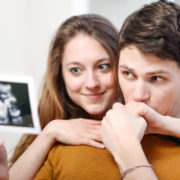 If you are a married couple looking to bring a child into your life but cannot conceive yourselves, you may be a candidate for gestational surrogacy.

Gestational surrogacy is a legally recognized process and alternative to traditional child birth. A couple contracts with a woman (also known as a “surrogate”) who will give birth to a child. The couple will use their own sperm and/or egg, with or without donated genetic materials, to create a fertilized egg. The fertilized egg will then be transferred to the surrogate. There is no biological connection between the surrogate and the fertilized egg. This means that the surrogate has no legal rights to the child that is born. The couple quickly become the legal parents to the newborn child.

END_OF_DOCUMENT_TOKEN_TO_BE_REPLACED

The purpose of the workshop was threefold:

END_OF_DOCUMENT_TOKEN_TO_BE_REPLACED

Do you want your legal identity to match who you are?  At Family Diplomacy, we have been a cutting edge law firm serving the needs of LGBT clients.  We can help you apply for a change of your legal name and gender marker to sync with your gender identity.  In sum, we can help you with a trans name change.

Though Florida is often behind the times, with name changes the state is pretty liberal.  So long as your civil rights are not suspended, and you are not seeking a change of name for an illegal or ulterior purpose, your petition of change of name can be granted by a circuit court judge.

END_OF_DOCUMENT_TOKEN_TO_BE_REPLACED

In the aftermath of the turbulent election season, are you and your partner seeking to add stability to your lives by tying the knot?  Have you been in a long-term relationship and are now seeking to formalize and get legal recognition for it?

You may want to consider getting a prenuptial agreement.  You and your partner may have a certain way of handling your finances.  Do you wish to keep certain funds separate to maintain a degree of independence?  Do you want to keep other funds joint for your mutual enjoyment?  Do you want to clarify which of your assets should be considered non-marital and which should be seen as common property?

END_OF_DOCUMENT_TOKEN_TO_BE_REPLACED

Tampa attorney Adam B. Cordover lead a workshop at the 17th Annual Educational and Networking Forum of the International Academy of Collaborative Professionals (“IACP”).  The Forum took place in Lake Las Vegas, Nevada, and was attended by hundreds of attorneys, mental health professionals, financial professionals, mediators, and other supportive of helping families resolve disputes respectfully and privately via the collaborative process.

Cordover lead the workshop alongside Barrie, Ontario lawyer Brian Galbraith and Seattle, Washington attorney Kevin Scudder.  The program was called “Collaborative Multiverse,” and the idea was to lead a townhall-style debate and discussion among experienced collaborative practitioners on issues affecting collaborative practice. 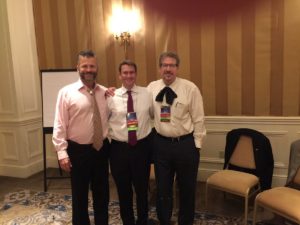 One topic that was discussed was determining the best collaborative model to use for each particular family.  Different parts of the world predominantly use different arrangements of professionals to resolve divorce and other issues.  In Florida, the main model that is used is known as the Neutral Facilitator model, where each party has an attorney, a neutral facilitator with a mental health licensure helps with parenting issues and ensures discussions are future-focused, and a neutral financial professional aids in creating family budgets and ensures financial transparency and disclosure.