Research: Collaborative Divorce By The Numbers (2010)

The majority of collaborative cases involved children;
Almost 60% of cases were completed in eight months or less;
86% of cases settled with an agreement on all issues, while 2% of cases were resolved by reconciliation of the clients…

And just as many traditional marriages end in separation, polyamorous relationships can also end in separation. The problem is that the laws and the court system are not built with polyamorists in mind…

I recently was at the St. Petersburg studios of Money Talk 1010 AM with fellow attorney Joryn Jenkins to discuss, among other things, how a collaborative divorce tends to make more financial sense then going through the traditional courthouse divorce. The discussion was facilitated by Let’s Talk Law’s Roxanne Wilder and sponsored by Next Generation Divorce…

I would be remiss if I were to not underscore that there are potential disadvantages to the collaborative divorce process. In fact, in 2009, the American Bar Association Section of Dispute Resolution, Collaborative Law Committee Informed Consent Subcomittee published its draft Suggested Protocols to Obtain Clients’ Informed Consent to Use a Collaborative Process…

For those who are going through divorce, there is an alternative to the “War of the Roses” or “Kramer vs. Kramer” scenario where hundreds of thousands of dollars are spent on attorney and expert witness fees, families are torn apart, and bridges are completely burned. In most cases, the single best alternative in this attorney’s view (and in the view of a growing number of mental health professionals) is collaborative divorce…

If you have questions about how Family Diplomacy can help your family privately and respectfully through divorce or other matters, schedule a consultation at (813) 443-0615 or fill out our contact form. 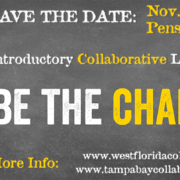 Radio: Can Therapy Save A Marriage?

Use Bitcoin to Pay for Your Collaborative Divorce

What Is Co-Mediation?
0 replies

Pauline Tesler on Stu Webb (from 1999)Do You Need A Divorce Second Opinion?
Scroll to top