If you are in a family law matter involving a servicemember, you will encounter some unique issues to which you must pay special attention.

Generally, one party to a divorce must have been a resident of Florida for at least six months prior to filing.  However, there is an exception for servicemembers.  A servicemember (or his or her spouse) who is not currently in Florida may petition for divorce in Florida if he or she (i) was a Florida resident prior to entering the military and (ii) never established a permanent residence elsewhere.  Even if the military member had not lived in Florida prior to entering the service, he or she may still be able to file for divorce in Florida if he or she is deployed but has an intent to remain a permanent Florida resident.  Such intent may be evidenced by the following: (i) Florida voter registration; (ii) ownership of a Florida home; or (iii) registration of a vehicle in Florida.

Many of the military issues in a divorce stem from the Servicemembers Civil Relief Act (the “SCRA”).  The SCRA was signed into law in 2003 and updated and replaced the Soldiers and Sailors’ Civil Relief Act of 1940.  Most provisions of the SCRA apply to the following people on active duty:  (i) members of the Army, Navy, Air Force, Marine Corps, and Coast Guards; (ii) members of the National Guard; and (iii) commissioned officers of the Public Health Service and National Oceanic and Atmospheric Administration.

In a verified pleading or in a separately filed affidavit, a petitioner must let the Court know whether the opposing party in your matter is a service member.  Otherwise, neither the clerk nor the court will enter a default (which (i) occurs when one party does not respond to a petition and (ii) allows the court to grant some of the requests in the petition).  If you are unsure of the military status of the opposing party, you can look him or her up at the following website: https://www.dmdc.osd.mil/appj/scra/scraHome.do.  You will need the party’s full legal name, date of birth, and social security number.

If a service member’s military duties significantly impacts his or her ability to participate in a case (such as when he or she is deployed abroad), he or she may seek a 90 day “stay” of the proceedings.  This essentially means that the case will be paused on most matters for 90 days. Among other requirements for a stay under the SCRA, the servicemember must provide a letter from his or her commanding officer stating that military duties prevent him or her from effectively participating in the matter and that military leave is not currently authorized.  A servicemember may request additional stays beyond 90 days.  Keep in mind that issues involving custody of children may be excluded from the stay.

Temporary Custody Due to Military Service

Florida has recently adopted legislation which provides courts with the power to temporarily modify a child custody order where a parent is activated, deployed, or temporarily assigned to military service.  The temporary order may provide the non-military parent with more time-sharing, or it may designate a family member of the child to exercise time-sharing on behalf of the military parent.  Additionally, the temporary order may modify child support, to be in effect until the military parent returns.

Another issue that parties to a divorce involving a servicemember may encounter is treatment of military benefits, such as Basic Allowance for Housing, Tricare coverage for children, and pensions.  As can be glanced from this brief overview, this subset of family law involves a complicated mix of state and federal law.  Please be sure to consult with an attorney familiar with the military aspects of family law. 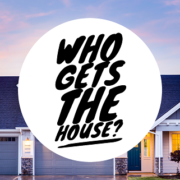 Time-Sharing and the Super Bowl

Divorce: Who Gets The House?
0 replies