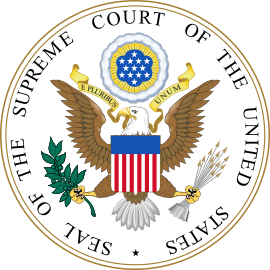 At some point during the relationship, V.L., with the consent E.L., petitioned to adopt the children as a second parent in a Georgia court.  The court determined it had jurisdiction and that V.L. filed all the appropriate paperwork, and so it granted the adoption.  Now both E.L. and V.L. were legally considered parents of the children.

In 2011, after moving to Alabama, the women separated.  After claiming that E.L. refused to permit her to spend any time with the children, V.L. filed a petition in an Alabama court to recognize the Georgia adoption decree and establish a visitation plan.  The trial court entered an order awarding V.L. visitation rights.

E.L. appealed the decision, and it eventually got to the Alabama Supreme Court.  The Alabama Supreme Court ruled that Georgia statutes did not permit an unmarried person to adopt another unmarried person’s child without terminating parental rights, and thus the Georgia court did not have jurisdiction to grant the second parent adoption in the first place.  Accordingly, Alabama courts should not recognize adoption decrees from Georgia granting second parent adoptions.

If you have questions about second parent adoptions or other LGBT family law rights in Florida, schedule a consultation with Family Diplomacy: A Collaborative Law Firm at (813) 443-0615 or by CLICKING HERE to fill out our contact form.

Attorney Adam B. Cordover was a collaborative attorney and appellate attorney in Shaw v. Shaw, the first dissolution of marriage matter in Florida to challenge Florida’s Defense of Marriage Act and constitutional ban on the recognition of same-sex marriage.