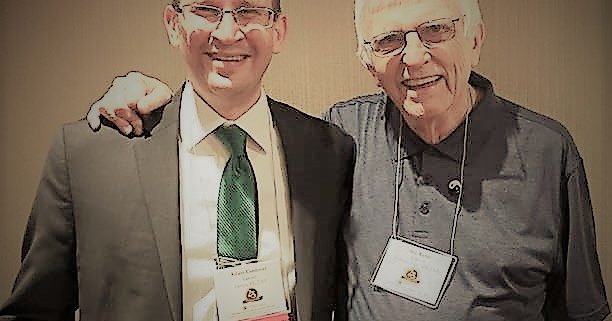 Collaborative divorce as a form of out-of-court dispute resolution has been around since 1990, but it did not just magically appear.  Minnesota family law attorney Stu Webb decided he was fed up with the traditional adversarial court system.  And he decided to do something about it.

Below is a partial (lightly edited) transcript of Stu describing the origins of collaborative practice:

In 1990, I put out a letter to colleagues in Minneapolis who might be interested in the collaborative process.  Three responded.  So we had four people as collaborative lawyers in 1990.

Collaborative divorce hit a chord in other lawyers who were tired of the litigating.  Tired of the conflict.  Tired of taking positions that they didn’t believe in.  And tired of not being able to just support the family system that was trying to get help here.

In collaborative law, I represent a client.  But I also represent the family system, in a sense, looking out for everybody and keeping the consciousnesses as high as possible.

After about 10 years or so, we discovered that financial people, mental health people, child specialists were all in the game.  They agreed to get out if it did not settle.  So we could all sit around the table and get all the facts out on the table.

There’s no manipulating.  You just lay it all out there.  You first have to know what is there.

What started with 4 people in 1990, in 2018 there is now thirty or forty thousand collaborative practitioners around the world in about 120 countries.

Stu Webb is truly a pioneer in showing that divorce does not need to be nasty.  And attorneys can help families without arguing in court, or threatening litigation.  Attorneys can help your family via the collaborative divorce process.

Adam B. Cordover had the opportunity to lead a workshop with Stu Webb at the 2017 International Academy of Collaborative Professionals Forum.  Adam is co-author with Forrest S. Mosten of an upcoming American Bar Association book on collaborative family law.

Equitable Distribution: What Happens To Pets When People Divorce?

Divorce: Is there a Residency Requirement?

What Should I Tell The Kids About Our Divorce?
Scroll to top