As a Florida family law attorney, I tell clients all the time that – for the sake of their children, finances, and sanity – it is best if divorcing spouses are able to reach an agreement on their own, without leaving important decisions that will affect the rest of their lives up to a judge.  I have found that interdisciplinary collaborative practice is the best way for families to reach a resolution, though other options (such as mediation and direct negotiations) are also almost always better than the court system.

Sue Cochrane, who served as a family law judge in Minnesota, also believes that the current family court system is broken.  Below are excerpts of an article she penned for The Collaborative Review (Winter 2014 / Volume 15, Issue 1):

After eighteen years on the family bench I am sensitive to the needs of the thousands who still show up [to court] due to lack of funds or awareness of other options.  Having Collaborative practitioners and others from diverse disciplines working side-by side with those of us from the courts was, in my opinion, a monumental advancement.

The law is well-known for being logical and dispassionate.  Courts are where intellect and linear, analytic thinking prevails.  In the admirable pursuit of truth and justice, the courts can inadvertently deny the humanity of the people it is supposed to serve and even of the judges and staff who work there.

Human beings are obviously not abstract legal concepts.  In family court, it is as much a matter of the heart as the head, though this is not acknowledged.

Research shows that when our head and heart are in conflict, stress and suffering follows.  Our deepest core values, like empathy, care and compassion are considered irrelevant in law practice and court cases.  This is why many people, including judges and lawyers, find the legal profession unsatisfying, ineffective and potentially harmful, especially in the realm of family court.

When families are in conflict or in crisis, logic is insufficient to heal their pain and trauma.  Family courts, as traditionally designed, actually created more harm.  I saw this clearly as a family court judicial officer in Minneapolis, Minnesota from 1994-2012.

In 1990, Stu Webb had enough of this incongruence and began Collaborative Law with the goal of keeping families and lawyers out of court and safe from the damage family court could inflict.

I share Webb’s vision and commitment to protect families from the courts that fail to serve them.

My goal was simple – to empower them to create their own solutions in a collaborative way.  I wanted to see what I saw – that I wasn’t really needed, and in fact, I was the most distant and absurd person to order them what to do, since I would never meet their children and never could know enough about their family to decide what was best for them, even if their trial lasted weeks.

As Judge Cochrane urges, parents should take major decisions concerning their families into their own hand and out of the hands of judges.

If you are going through a divorce in Tampa Bay and you want to know how the collaborative process can help your family, schedule a consultation with The Law Firm of Adam B. Cordover, P.A., at (813) 443-0615 or by filling out our contact form.

Adam B. Cordover is president of Next Generation Divorce, Florida’s largest collaborative practice group.  Adam also serves on the Executive Board of the Collaborative Family Law Council of Florida as well as on the Research Committee of the International Academy of Collaborative Professionals. 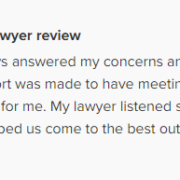 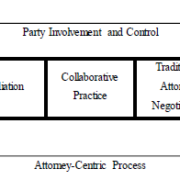 A Peaceful Divorce in Tampa Bay?

Is it too Late to Restore My Maiden Name in Florida?Podcast: Carrollwood Mental Health Counselor Discusses Collaborative Divorc...
Scroll to top