A quirky article by Rob Hahn in the Huffington Post compares time-sharing to the Super Bowl.  Below is an excerpt:

Thousands of fans crowded into Cowboys Stadium, and millions more watched it on television. They’re the most important part of this entire equation. Without fans, the NFL would not be such a huge success. And I’m going to go out on a limb and suggest that if one team played only one quarter of Sunday’s game, the fans would feel cheated. They want to see both teams equally involved. Children are no different. Studies indicate the large majority of children want to spend and benefit from time with both parents, not just 20- or 25-percent but an equal amount of participation. 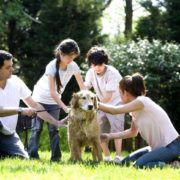 Will I Get Custody of My Kids?