In a case with many similarities to the Florida same sex divorce matter being deliberated here in Tampa, a district judge in Texas has ruled that, despite that state’s same sex marriage ban, two women should be permitted to divorce.  In fact, according to the Daily Kos, the Texas judge ruled that their Defense of Marriage Act is unconstitutional, and so this divorce case should proceed like any other divorce:

Judge Barbara Nellermoe, in a five-page ruling released Tuesday, pinpointed three portions of the Texas Family Code as unconstitutional, as well as Section 32 of the Texas Constitution. Nellermoe wrote that “in a well-reasoned opinion by Judge Orlando Garcia, the federal district court found that a state cannot do what the federal government cannot – that is, it cannot discriminate against same-sex couples.”

The trial judge found that the state had no rational basis to deny recognition of same sex married couples.  Judge Nellermoe also found that “Texas’ denial of recognition of the parties’ out-of-state same-sex marriage violates equal protection and due process rights when Texas does afford full faith and credit to opposite-sex marriages celebrated in other states.”

According to the Austin Statesman, Texas Attorney General Greg Abbot subsequently responded by asking the 4th Court of Appeals to stay, or pause, Judge Nellermoe’s proceedings, and the appellate court granted that request.  This does not mean that the appellate court will reverse Judge Nellermoe’s ruling; it just means that it will hear arguments, set for May 5, and make a determination later.

One of the big differences between the Texas case and the Florida case is that the Texas parties are fighting about issues, such as child custody and division of assets, in court.  On the other hand, the Tampa spouses settled all of their issues via the collaborative family law process and formed a united front before coming before the Hillsborough judge to ask that their marriage be dissolved.

If you have questions about your Florida family law rights or how a Tampa Bay collaborative process can help your family, schedule a consultation with The Law Firm of Adam B. Cordover, P.A., at (813) 443-0615 or fill out our contact form. 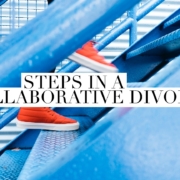 Typical Steps in a Collaborative Divorce