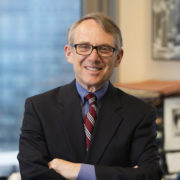 Last year, Florida Governor Rick Scott signed into law the Collaborative Law Process Act.  There are still some steps that need to be taken for the law to go into effect (namely, the Florida Supreme Court will need to establish rules of procedure and rules of professional conduct).  However, the collaborative community celebrated this milestone after a seven year effort by family law attorneys, mental health professionals, and financial professionals.

Florida’s Collaborative Law Process Act is based on the Uniform Collaborative Law Act (“UCLA”).  The UCLA is proposed legislation drafted by the National Conference of Commissioners on Uniform State Laws.  The Uniform Law Commission, as it is more commonly known, creates proposed legislation that it hopes states will adopt to bring consistency and clarity to different areas of the law.

END_OF_DOCUMENT_TOKEN_TO_BE_REPLACED

I strongly believe that the vast majority of Tampa Bay spouses who are considering divorce would be best served by engaging in the collaborative divorce process, where attorneys are used as problem-solvers rather than gunslingers. Decisions such as where children will sleep at night are made by parents rather than judges, and interactions between the parents are private and confidential rather than public and discoverable by their children in the future.

And yet, I would be remiss if I were to not underscore that there are potential disadvantages to the collaborative divorce process.  In fact, in 2009, the American Bar Association Section of Dispute Resolution, Collaborative Law Committee Informed Consent Subcomittee published its draft Suggested Protocols to Obtain Clients’ Informed Consent to Use a Collaborative Process.

From the Suggested Protocols, families who are considering the collaborative process should know the following: