As the economy went south, everyone sought options to trim his or her budget.  Some people skipped Starbucks and began brewing their own coffee.  Others found creative ways to recycle their grocery bags.  Still others completely transformed their driving habits to achieve better gas mileage.  But one pronounced trend in the legal community has been the amount of people who decided to represent themselves in family court.

Unfortunately, there are often consequences to a party’s decision to save money and appear pro se (represent him or herself).  I have had many litigants come into my office after attempting to proceed with no legal counsel and finding that (a) their case had been dismissed or they face contempt of court because they did not follow proper procedure, (b) they wasted their hard-earned dollars on unnecessary fees and “money saver” programs that became obsolete once the opposing party began contesting the matter, and/or (c) their case has dragged on because they did not know how to bring their matter to conclusion.  But, alas, not everyone can afford an attorney to fully represent them.

Rather than hire an lawyer to represent you in your entire case, this rule allows attorneys to appear on a limited basis for a certain task or set of tasks.  For example, you may hire an attorney for the specific purpose of (i) drafting all documents necessary to  petition for relocation, (ii) reviewing and advising on a marital settlement agreement, or (iii) scheduling and appearing at an uncontested final hearing for paternity.

Alternatively, you may retain a marital law lawyer to advocate for you on a particular issue.  For example, in a divorce proceeding you may want an attorney to represent you on the issue of child custody while taking on the responsibility of arguing about other issues — such as alimony, child support, and division of property and debts — yourself.

If you want to learn more about limited representation from a family law firm that practices in Hernando, Hillsborough, Manatee, Pasco, Pinellas, and Sarasota Counties, you may schedule a consultation with Family Diplomacy: A Collaborative Law Firm, by calling us at (813) 443-0615 or filling out our contact form. 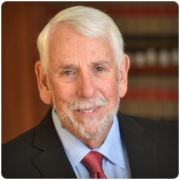 Mosten: Is Your Divorce Lawyer Informing You?

1996: Woody Mosten on the Future of Family Law 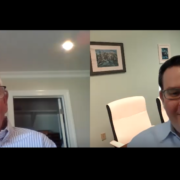