I have been seeing more clients who are coming out of the closet either during or following their divorce (or during a child custody case not related to divorce). Each client has asked whether the Florida court is going to take into consideration his or her sexual orientation.

Though, in determining child custody matters, a Florida judge must take into consideration the “moral fitness” of the parents (see Florida Statutes Section 61.13(3)(f)), the court may not make a custody determination based solely on whether a parent is gay. In fact, a parent’s sexual orientation should not be a determining factor unless it has a direct negative impact on the welfare of the child.

When discussing whether to take homosexuality into account in a child custody determination, many Florida appellate cases cite Dinkel v. Dinkel, 322 So. 2d 22 (Fla. 1975). This is a 1975 Florida Supreme Court Case that found that adultery should not be a determining factor in child custody situations unless the adultery had a direct bearing on the welfare of the child. In this case, there was no evidence that adultery had a direct bearing, even though adulterous acts took place at the home while the child was in the home.

Though it may seem insulting to compare sexual orientation with adultery, Florida appellate courts have done so to the benefit of gay and lesbian parents.

Related:  In Which County Should I File My Florida Adoption Case?

In Maradie v. Maradie, 680 So. 2d 538 (Fla. 1st DCA 1996), the mother in a divorce case admitted to being bisexual and engaging in relations with other women. At trial, a psychologist testified that the mother’s sexual orientation did not impair her parenting abilities or have a negative impact on the parties’ daughter. Nonetheless, the trial court awarded the father the majority of the time-sharing with the daughter based on the assumption that a “homosexual environment…can adversely affect a child.”

The First District Court of Appeals, in deciding whether the trial court in Maradie erred, first reviewed the Dinkel decision and restated the proposition that actions which may call into question the moral fitness of a parent must have a direct impact on that parent’s child. The appellate court went on to state that “harm to the child requires an evidentiary basis and cannot be assumed. In addition, the mere possibility of negative impact on the child is not enough.” Accordingly, the appellate court reversed the trial court’s decision and stated that a trial court may not simply assume that a homosexual lifestyle or environment is detrimental to a child.

In Packard v. Packard, 697 So. 2d 1292 (Fla. 1st DCA 1997), evidence came out in this divorce case that the mother was a lesbian who was living with a woman with whom the parties had engaged in a menage a trois during the marriage. Because of this, the trial court determined that the father had a “more traditional family environment” and thus awarded custody to him. Upon review, the appellate court reversed, stating that the trial court had not cited any evidence to show that the mother’s allegedly less traditional environment had a direct negative impact on the children.

Finally, in Jacoby v. Jacoby, 763 So. 2d 410 (Fla. 2d DCA 2000), the trial court awarded physical custody to the father because the mother was a lesbian, the mother’s lifestyle was purportedly seen as immoral and inappropriate by the community, and the children’s peers may make fun of the children because of the mother’s lifestyle. The appellate court reversed, stating, again, that homosexuality in and of itself should not be a bar or determining factor in custody unless it has a direct negative impact on the children. The Second District Court of Appeals also stated that the perceived biases of others are not a proper basis on which to determine child custody.

If you have questions regarding your Florida family law rights and you wish to set a consultation with a Tampa Bay child custody attorney friendly to the LGBT community, contact Family Diplomacy: A Collaborative Law Firm at (813) 443-0615 or by filling our online form.

Divorce Without Lawyers – A Mediation Option in Tampa Bay 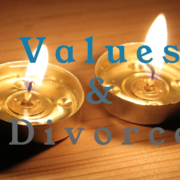 Should A Rabbi Help You With Your Divorce?

What is a Collaborative Facilitator?