Here’s the story:  Two women are in a committed lesbian relationship when they decide to have a child together using reproductive technologies.  One woman (the “Genetic Mother”) supplies the egg and has it fertilized.  That egg is then implanted into her partner (the “Birth Mother”) who gives birth in 2004.

[Related:  In A Florida Child Custody Case, Does It Matter That I Am Gay?]

The child is given a hyphenated last name, combining the names of the Birth Mother and Genetic Mother.  Birth announcements are sent out, proclaiming both partners to be mothers of the child.  The partners reside with one another and the child in Florida, and they all live happily ever after.

Until 2006, when the Birth Mother and Genetic Mother break up.

Eventually, the Birth Mother skips town with the child and refuses to provide any information regarding the child.

The Genetic Mother finally locates the Birth Mother with the child in Australia.  The Genetic Mother files suit in Florida and requests that the court establish her parental rights, including custody rights and the ability to make major decisions concerning the child’s best interests.

The Birth Mother requests that the judge throws out the case, claiming that under section 742.14 of the Florida Statutes, the Genetic Mother is an egg donor and has given up all rights to the child that results from the egg donation.

The trial court accepts the Birth Mother’s argument and dismisses the case.  The judge seems to acknowledge that this result is unfair, but says that his hands are tied due to the current state of Florida law:

First, let me say, I find that [the Birth Mother’s] actions to be — this is my phraseology — morally reprehensible. I do not agree with her actions relevant to the best interest of the child. However, that is not the standard. There is no distinction in law or recognition of rights of the biological mother versus a birth mother.

The judge then essentially encourages the Birth Mother to appeal his ruling and states, “I hope I’m wrong.”

The Birth Mother appeals to the Florida’s Fifth District Court of Appeals.  The district court examines section 742.14, Florida Statutes, which reads, in pertinent part, as follows:

The donor of any egg, sperm, or preembryo, other than the commissioning couple or a father who has executed a preplanned adoption agreement under s. 63.212, shall relinquish all maternal or paternal rights and obligations with respect to the donation or the resulting children. Only reasonable compensation directly related to the donation of eggs, sperm, and preembryos shall be permitted.

The appellate court then suggests that the Genetic Mother is not a “donor” as envisioned by section 742.14 because she did not simply give up her egg and expect that she would not be the resulting child’s parent.  Instead, she and her partner went through the process of egg transplant together with the full expectation that both partners would be parents in all ways to the resulting child.  Further, once the child was born, they both acted like full parents and took on the rights and responsibilities of parents.

The appellate court then went on to say that if the Genetic Mother were to be considered a “donor” whose rights were relinquished under section 742.14, and donation was simply the act of transferring the egg from one person to the other regardless of intent, then section 742.14 violated the Genetic Mother’s rights to Equal Protection and Due Process under the Florida and United States Constitutions:

We believe that [the Genetic Mother] has constitutionally protected rights as a genetic parent who has established a parental relationship with her genetic offspring that transcend the provisions of section 742.14.

We conclude that [the Genetic Mother] is entitled to constitutionally protected parental rights to the child and that the statutory relinquishment of those rights under section 742.14 is prohibited by the Federal and Florida Constitutions. We also conclude that the dissent’s contention that this case simply turns on the conclusion that Florida’s statutory scheme and a purported common law rule render [the Birth Mother] the legal mother of the child is clearly erroneous and misses the point.

The appellate court then goes on to address another argument brought up by the Birth Mother, that Florida’s [no longer enforceable] ban on gay adoption shows the Florida legislature’s disapproval of two mothers having parental rights over a child:

[The Birth Mother] argues that the Legislature disapproves of children being conceived in the manner utilized by her and [the Genetic Mother] and that this disapproval is evident in the provisions of section 63.042(3), Florida Statutes, which prohibits gay or lesbian couples from adopting children in Florida. This statute was a basis for the trial court’s ruling. However, we do not discern any legislative intent that the prohibitions of that statute apply to deprive either woman of parental rights to a child conceived through the reproductive process employed here, and we can find no prohibition to lesbian women utilizing that process to conceive a child. Moreover, we note that the Third District Court, in Florida Department of Children & Families v. X.X.G., 45 So. 3d 79, 92 (Fla. 3d DCA 2010), has recently held that “subsection 63.042(3), Florida Statutes [the ban on gay adoptions], violates the equal protection provision found in article I, section 2, of the Florida Constitution.” (Footnote omitted).

The appellate court then sends the case back to the trial court and  instructs the trial court to address the issues of child custody, visitation, and child support based on the normal standard: the best interests of the child.

If you have questions regarding your parental rights in Florida, and you are looking to retain a Tampa Bay Child Custody Lawyer, contact The Law Firm of Adam B. Cordover, P.A., at (813) 443-0615 or by filling out our online form. 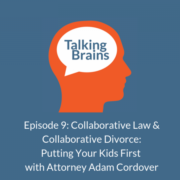 Does Florida Have A Waiting Period For Divorce?Tax Issues for Divorcing Spouses to Look Into
Scroll to top