You may have heard about common law marriages. Generally speaking, they are unions in which the couple has not been licensed for marriage by the state but have lived with one another for a certain period of time and have voluntary held one another out to others as being a married couple.

Prior to 1968, couples could enter into a common law marriage in Florida and have all the rights and responsibilities that come with a state-licensed marriage. However, with the passage of section 741.211 of the Florida Statutes, couples could no longer enter into common law marriages in Florida. The current iteration of section 741.211 reads as follows:

Common-law marriages void.—No common-law marriage entered into after January 1, 1968, shall be valid, except that nothing contained in this section shall affect any marriage which, though otherwise defective, was entered into by the party asserting such marriage in good faith and in substantial compliance with this chapter.

However, this statute does not abolish Florida’s recognition of all common law marriages.

First, if a couple had entered into a common law marriage in Florida prior to 1968, the common law marriage is still considered valid. Accordingly, each party still has the rights and responsibilities of husband and wife, and each party has the right to petition for divorce and ask for the same remedies (such as alimony and equitable division of property and debts) as marriages that have been licensed by the state.

The appellate court in Johnson v. Lincoln Square Properties, Inc., 571 So. 2d 541, 542-43 (Fla. 2d DCA 1990) gives the most succinct explanation of Florida’s view on common law marriages entered into in other jurisdictions:

Florida has always determined the validity of marriage in accordance with the laws of the place where the marriage occurred….[S]ection 741.211 is limited to marriages occurring in Florida and was never intended to affect persons lawfully married outside of Florida. If it were so, then the statute would have the effect of converting lawful marriages into adulterous relationships and bastardizing children from those relationships.

Keep in mind that, even though Florida may recognize a common law marriage entered into another state, it still will not recognize a same sex marriage. This prohibition is codified in section 741.212 of the Florida Statutes, which defines marriage as “a legal union between one man and one woman as husband and wife,” and specifically prohibits Florida from recognizing same sex marriages legally entered into in another state.

[Related:  In a Florida Child Custody Case, Does It Matter That I Am Gay?]

If you have questions regarding divorce or annulment and common law marriages and you wish to schedule a consultation with a Tampa Bay family law attorney, call The Law Firm of Adam B. Cordover, P.A., at (813) 443-0615 or fill out our contact form. 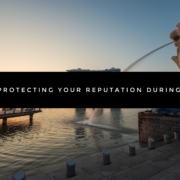 Blog for The Law Firm of Adam B. Cordover, P.A., Featured In News Clip 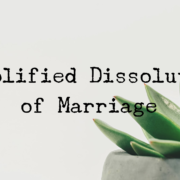 What Is Simplified Dissolution of Marriage?

Protecting Your Reputation During Divorce