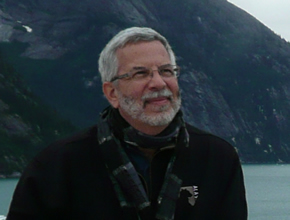 Do you ever wonder how your divorce is affecting your children?  Do you sometimes think about how conflict may be affecting your own mental health, and your ability to effectively parent, or co-parent?

Gary Direnfeld is an internationally known social worker, speaker, and parenting expert based out of Ontario.  He has been an expert witness in many high conflict divorce trials, and yet he is a strong believer that the courtroom is a terrible forum for resolving divorce and parenting disputes.  In the following radio interview, Gary discusses why he believes parenting and divorce-related issues should be resolved outside of court:

You can find a partial transcript, slightly edited for clarity, below:

Roughly 80% of folks going through a separation or divorce are going to settle things between themselves.  They may have some 3rd party assistance.  Twenty percent are going to turn to the courts.  Less than 5%, even if turning to the courts, are going to go to trial.  Most matter settle ahead of a trial.  And then there is that small percentage, that 1, 2, or 3% that really tie up the courts’ time.  And I, for whatever reason, find myself heavily involved with those folks.

High conflict parents turn to the court searching for release only to find that in many, many cases, litigation only exacerbates the problems.  It doesn’t resolve them.  And the reason for that is, in turning to the courts, it is often a race to the bottom.  I will prove my case by making you look worse than me, and no one wants to be on the receiving end of that.  So the other parent reciprocates in kind.  And then the “he said she said” escalates to such a pitch that it is hard to know one from the other.

There are alternatives to running to court to settle your differences.   Alternatives such as mediation, or collaborative family law, or negotiation.  Rather than having that race to the bottom, we like to engage in what is known as interest-based negotiations.  Instead of “I simply want this” and “I simply want that,” we like to get underneath it and say, “well, why?”  And if we can discover some of the whys, maybe we can find that we actually have some common ground here by which to better attune the settlement of our differences.

Sometimes the issues are serious and weighty.  Sometimes a parent has a significant mental health problem.  Or sometimes there is a significant drug or alcohol problem that really does need to be addressed.  But, still, if we can divert from the court system and use some of these alternatives, yet put these issues on the table, we find that we can address them.

In the court system, it becomes that each parent is looking for a validation of his or her point of view.  In so doing, the parents lose sight of what is really good for the child, although they are always bandying about the phrase “best interests of the child.”  Many of these parents have been hurt one way or the other, having been jilted, embarrassed,  shamed, or physically hurt.

And, for anyone who feels the winner, you got to know that the other party feels the loser.  And when you have a winner and a loser, the loser is rarely happy and usually seeks retribution.  So we just go from one conflict to the next.  As opposed to if we take the conflict out of court and resolve some of the underlying issues such that both parties feel reasonable about the settlement.  No winners and losers, but we are both reasonably satisfied.  And then there is not that retribution and you stop the cycle of tit for tat.

In high conflict divorces, the kids are always picking up on it.  If I had a dollar for every parent who said that “my child doesn’t know,” then I interview the child, and the child is always saying, “Of course.  I was there.  I was at the top of the stairs.  They may have thought I was asleep.  Or I came home and saw the broken door.”  They may have witnessed the aftermath of some of these things.  They witness their parents stressed.  They are absolutely witnesses.

And so we want to keep kids safe from that harm.   We want parents at the end of the day to be intact, to be reasonable, and to be healed from the upsets that created the marital separation in the first place.  That is why we want to divert from court to those processes that are more likely to facilitate the ongoing parental relationship.  As much as you may divorce, and no longer be intimate partners, you are joined at the hip for life as parents.

This firm wholeheartedly agrees with everything that Gary says.  We hope that we can be a resource for you for resolving your parenting and divorce conflicts outside of court.

Speak with a Family Law Professional

The Walking Dead: Who Is Judith’s Legal Father?

Collaborative Divorce Is Not Right For You If…
Scroll to top