For this past Independence Day holiday, WWE wrestler John Cena released a public service announcement video celebrating the diversity of the U.S.  In the video, Cena can be seen walking around the Tampa neighborhood of Ybor City as he proclaims that we all are America.

While the video is shooting, Cena passes by people of all races, nationalities, creeds, and orientations.  At the 1:07 mark, Cena walks by Rabbi Mendy Dubrowski of Chabad Chai South Tampa.

You can find the video after the jump:

From his website, here is a little bit more about Rabbi Mendy Dubrowski:

Rabbi Mendy was born in Brooklyn, and moved to Tampa with his parents Rabbi Yossie and Sulha Dubrowski, only three weeks later. Raised in Tampa, he studied at the Hebrew Academy till high school, after which he left to study in Detroit and Paris. He concluded his Rabbinic Ordination in Brooklyn, and spent one year in Buenos Aires, Argentina as a rabbinic intern. He has conducted youth and teen programming in Ukraine, California, and Israel where he worked with the famed Birthright program. He speaks 5 languages including French, Yiddish, Spanish and Hebrew. Mendy believes communication is his greatest tool, assisting people in their relationship with their spirituality, and helping people connect with each other.

Rabbi Dubrowski is a friend and a supporter of private resolution of family law disputes.

If you are interested in learning about a private form of family law dispute resolution that addresses not only legal needs, but also emotional, financial, and even religious and values-based needs, schedule a consultation at Family Diplomacy: A Collaborative Law Firm about collaborative practice at (813) 443-0615 or CLICK HERE to fill out our contact form.

Adam B. Cordover is a leading collaborative law professional and co-author of an upcoming American Bar Association book on Building A Successful Collaborative Law Practice.  Adam was also a student leader in the 9/11 Interfaith Unity Walks in Washington, DC, while attending law and grad school. 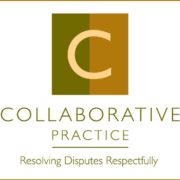 Research Findings on Collaborative Divorce from England and Wales

A Tampa Collaborative Divorce Can Save You Money | via FamilyBlawg

What is Collaborative Mediation?