Tag Archive for: Mediators Beyond Borders 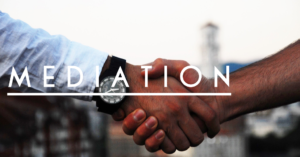 Mediation is not just for divorce.  It is a form of dispute resolution that is being used to help prevent and mitigate disputes and issues internationally, such as Colombia peacemaking initiatives and efforts to address climate change.

In the video below the jump, Tampa mediator and past president of Mediators Beyond Borders Lynn Cole, Esq., addresses the United Nations about the use of mediation internationally.  This address took place in May 2012.