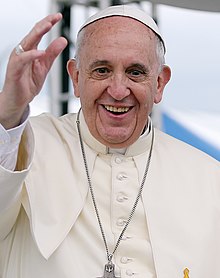 Further, there will no longer be automatic appeals after the decision of the church to annul a marriage is initially made.

Moreover, in many instances local bishops will be given the authority to annul a marriage rather than rely on a three-judge tribunal.

An annulment is necessary for a Catholic to remarry in the church or receive communion.

Anyone considering this option should note that a religious annulment is different from a civil annulment.  In Florida, there are very limited reasons why a circuit court judge would grant an annulment as opposed to a divorce.

Further, in most cases, a circuit court will not grant an annulment if the spouses consummated the marriage (engaged in intercourse).

If you are considering filing for an annulment, the best way to resolve all of your issues is via the collaborative process, where you and your spouse have attorneys with you as you sit around a table and amicably agree on how to resolve your family law issues, rather than attack one another in a court battle.

If you have questions about annulment in Florida, schedule a consultation with Family Diplomacy: A Collaborative Law Firm at (813) 443-0615 or fill out our contact form.

Factors in Relocating with a Child

Top 3 Tips To Prepare For Divorce

What Your Florida Divorce Lawyer May Not Be Telling You