Bitcoin has sure been in the news a lot lately.  The cryptocurrency, though volatile, has traded at over $50,000 in recent weeks.  Billionaires have publicized opposing views about Bitcoin, with Bill Gates warning investors to stay away while Elon Musk has sung its praise.  Regardless, more people seem to be getting on the Bitcoin bandwagon, and thus it is popping up more and more in divorce matters.

In fact, you may be wondering: Is Bitcoin a marital asset for purposes of divorce?

It typically does not matter which spouse purchased the asset, or even how that asset is titled.  For example, if while married you purchased a car titled solely in your name and where you were the only person named on the loan, the car and its loan would still be considered marital, and your spouse would be equally entitled to it in the event of divorce (your spouse would also be responsible for 50% of the loan).

Marital assets are not limited to tangible items, like chairs or cars.  Marital assets also include intangible property, such as bank accounts, investment and retirement accounts, and even frequent flyer miles and points associated with credit cards and memberships.

This is where how you divorce comes into play.  If you were to divorce in the traditional divorce court system, there is a good chance that a judge may order each spouse to receive 50% of the Bitcoin.  In a private process such as Collaborative Divorce, however, we take into account you and your spouse’s interests.

So, yes, Bitcoin and other cryptocurrencies are marital assets for purposes of divorce.  And we can help you navigate through this and other tough topics through private forms of dispute resolution such as the Collaborative Divorce process.

And, by the way, you can pay for your divorce via Bitcoin.  We accept Bitcoin, Bitcoin Cash, Ripple/XRP, Ethereum, and USD Tokens.

Speak with a Collaborative Divorce Lawyer 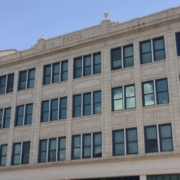 Protecting Your Reputation During Divorce