On Friday, the House Civil Justice Subcommittee unanimously approved [Florida Rep. Kelli] Stargel’s bill requiring judges to ensure that those who pay alimony do not wind up with significantly less net income than those who receive it. A companion bill in the Senate has been referred to several committees, but has not yet had a vote.

The bill also would limit permanent alimony – which now ends only upon death or the remarriage of the person receiving it – in favor of alimony for a limited time.

Stargel’s bill, and a companion in the Senate, also would limit the award of permanent alimony.

Now, the assumption in the law is that permanent alimony will be awarded when the marriage lasted more than 17 years. The shorter the marriage, the more likely a judge will award what is known as durational alimony, which ends after a set amount of time, but does not last longer than the marriage.

The proposed legislation would require judges awarding permanent alimony to determine first that no other form of alimony is adequate.

If you have questions regarding alimony and wish to schedule a consultation with a family law attorney who practices in Tampa, St. Pete, Clearwater, and the greater Tampa Bay region, call The Law Firm of Adam B. Cordover, P.A., at (813) 443-0615 or fill out our contact form at  http://www.familydiplomacy.com/contact-us. 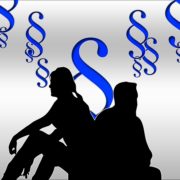 “Next Generation Divorce” Takes On A New Meaning At St. Pete Pride